What is Oil Pulling?

Oil pulling is the process of taking a spoonful of a plant oil and swishing it around in your mouth for about 10-20 minutes and then spitting it out. The oils used differ slightly, but the most popular by far is coconut oil, while traditionally sesame oil was used.

Oil pulling began over 3,000 years ago as an Ayurvedic practice for overall oral health. It was purported to “prevent tooth decay, bad breath, bleeding gums and to strengthen your teeth and gums” (3).

Quite hefty claims, but it seems many people (including myself) sing the praises of oil pulling!

Sadly, there doesn’t seem to be much scientific research that backs the claims people have been experiencing. I dug around for a long while but didn’t stumble upon anything concrete. Nothing online, at least. However, I did not see anything that disproved oil pulling so I am inclined to think the proof of benefits are just down to a lack of research.

I did find one study that stated oil pulling with sesame oil can reduce the bacteria in your mouth. The particular bacteria studied was Streptococcus mutans. The study group saw a reduction in bacteria population after 1-2 weeks of oil pulling just ten minutes a day! (1).

Although the study utilized sesame oil, I imagine coconut oil would be similarly effective. Coconut oil has been shown to possess antibacterial properties.

What the American Dental Association Says (and a Digression)!

The ADA does not recommend oil pulling. “The ADA recommends that patients follow a standard oral hygiene regimen that includes twice-daily toothbrushing with fluoride toothpaste and cleaning between teeth once a day with floss or another interdental cleaner, using ADA-Accepted products” (2).

Now there’s nothing wrong with teeth brushing and flossing, in fact, that’s great and everyone should do it. But they also recommend fluoride toothpaste, which is a known toxin. On a study done on water fluoridation, the research noted that fluoride has “Insidious effects that can occur on musculoskeletal, neurologic, reproductive, and endocrine systems from long-term ingestion of fluoride in water…” (4).

Water is fluoridated at much lower concentrations than toothpaste, so imagine what that is doing to your body! All of the tiny amounts swallowed and absorbed over time are bioaccumulated and stored. There’s a reason there’s a warning label telling you not to swallow fluoride toothpaste, and to call poison control if you do! (4).

The ADA cites a lack of solid research as to why they do not recommend oil pulling. This is completely respectable. However, there is clearly nothing dangerous about oil pulling and there is no harm done in trying it to see if it works for you. It’s putting an edible oil in your mouth and swishing it around for 10-20 minutes, how bad can it be?

On an unrelated note, in the same article the ADA also recommended using mouthwash as a part of your oral care regimen. They stated “Listerine contains four essential oils (thymol, eucalyptol, methyl salicylate and menthol) as its antiplaque and antigingivitis active ingredient combination” (2).

What other People Say about Oil Pulling

I’ve taken the time to read other blog posts and watch videos about what other people have experienced oil pulling. It’s pretty hard to deny those before and after pictures of whitened teeth and the glowing testimonials behind them! I didn’t come across one negative review. That’s not to say they aren’t out there, I just haven’t found one yet.

In the testimonial below, this man mainly experienced sensitive and bleeding gum problems. He tried oil pulling to help alleviate these issues, which had completely stopped by the time he had been oil pulling for a year. He also noticed teeth whitening and a reduction in symptoms from sinus issues and breathes easier.

The man in the video below also had a positive experience oil pulling with coconut oil. In this trial, he did it for 49 days whereas the above example was for a year. He experienced a dramatic whitening of the teeth. He starts the video by explaining oil pulling, its benefits, and how to go about it. He also collected all of the oil he spit out and shows it on camera; lots of nasty bacteria the oil latched onto in there! That’s why it is so crucial to spit out the oil when you are done swishing; otherwise you’re swallowing all that bacteria!

Even a dentist oil pulls!

My Experience with Oil Pulling

I’ve been oil pulling on and off for a few years as needed. The reason I started was actually because I had a loose front tooth. I bit on something very hard and my teeth slid in such a way that it caused my tooth to loosen. I was so terrified I thought my tooth had fallen out at first! It was difficult to eat, and I wasn’t able to bite anything with that tooth without feeling it shift in my gums.

When I went to the dentist a few months later, I explained the situation. They told me I had weakened a part of my tooth that acted like a ligament. She assured me that over time it would heal and go back to normal.

Well, it didn’t go back to normal. It seemed like every second of every day I obsessed about this tooth and the fear of it just giving up on me one day; saying “sayonara” and catapulting to the ground. One day, I was doing some research and came across oil pulling.

I read some forum posts about people having positive experiences with their teeth and gums getting tighter as a result of oil pulling. My tooth obviously wasn’t getting any better, so I had nothing to lose… Except for my tooth! (Ha ha) I oil pulled consistently every day (I don’t remember how long of a time frame), but over time my tooth definitely felt much better! Eventually I stopped oil pulling, but it got my tooth to the point where I could bite on things normally and it felt just as strong as the rest of my teeth.

More recently, I began wearing my retainer more often which caused that tooth to feel weak again. Right away, I started oil pulling vigorously. I did it twice a day for about a couple weeks and sometimes added a couple drops of oregano oil for its antimicrobial properties. I rinsed my mouth out with salt water afterward. In no time, my weakened tooth was back to normal and stronger than ever!

I haven’t noticed whitening effects on my teeth, I don’t believe I oil pull consistently enough to achieve results in that aspect. However I am so overjoyed by the fact that oil pulling has allowed me to have peace of mind again about my tooth. I also feel my homemade remineralizing toothpaste has had great effect on my tooth as well, so using both have been massively beneficial.

I hope this post inspires you to try oil pulling! Especially if you have sensitive gums or loose teeth, it has truly worked wonders for myself and many others.

If you’d like to receive more information like this, sign up for my newsletter on the sidebar! You’ll be the first to know about any new posts I write and developments with my products. I’m not spammy, I promise! 🙂 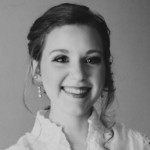 I started this blog for people genuinely interested in natural skin care, medicinal herbs, simple DIYs, nutrition, new products, discounts, and upcoming events. I'm always learning, so I want to share these nuggets of information with you as I'm finding them :)

How to Survive the Holidays, Without Sabotaging your Health Goals!

What is Nutritional Therapy and how it can Help You

Hello all! My name is Gabrielle Desmarais and I am a certified Nutritional Therapy Practitioner (NTP). I’m a fierce foodie that’s extremely passionate about nutrition and how food supports optimal health. This blog is here to provide you with information that links the connection between a nutrient-dense, whole foods diet and superb health. You may also even find a smattering of delicious healthy recipes I’ve created 🙂